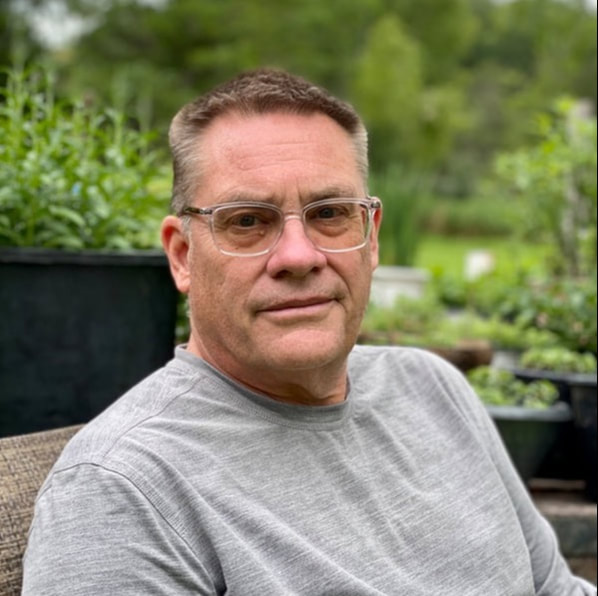 kevin@excellingleaders.org
Kevin and his wife Sue founded Excelling Leaders after 16 years of cross-cultural mission work. Kevin brings a unique blend of government, business and ministry experience in his role as Team Leader of Excelling Leaders.
Fun Facts
​One of my craziest adventures: I skipped my High school graduation  and instead rode my bicycle over 3000 miles from the West Coast of the United States to the east coast. But what makes it more crazy is I did it again three years later.
Favorite sport to watch: US college football.
Full Bio
Kevin grew up in West Michigan and has a Master’s degree in Leadership. After running his own construction company for almost 20 years, and being in city government for several of those years, Kevin, along with his wife, Sue, and their four young children moved to Barbados in 1996. There they worked with Youth With A Mission (YWAM) in the areas of leadership and youth ministry. In 2000, they moved to Trinidad and Tobago to pioneer a YWAM ministry center with a special focus on youth. This particular ministry has sent teams of young people to over 10 countries, and long term trained staff are now serving in many countries around the world. In 2012 Kevin and Sue relinquished leadership in Trinidad to pioneer Excelling Leaders (EL), a visionary ministry focusing on leadership development and missionary family care.
Newsletters
Click to enlarge 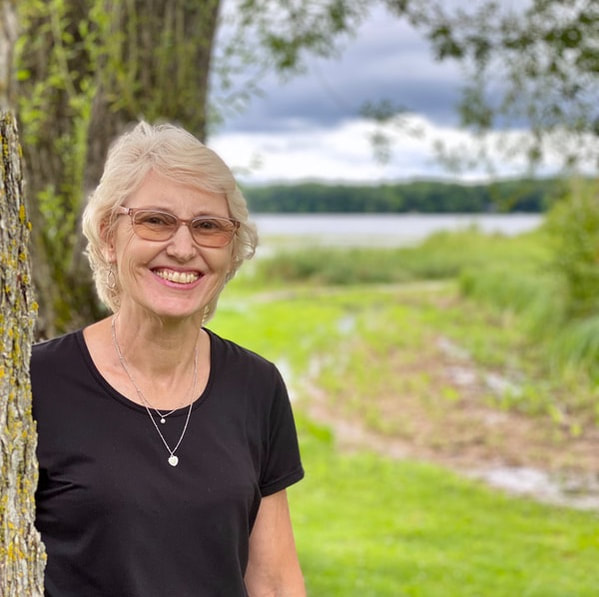 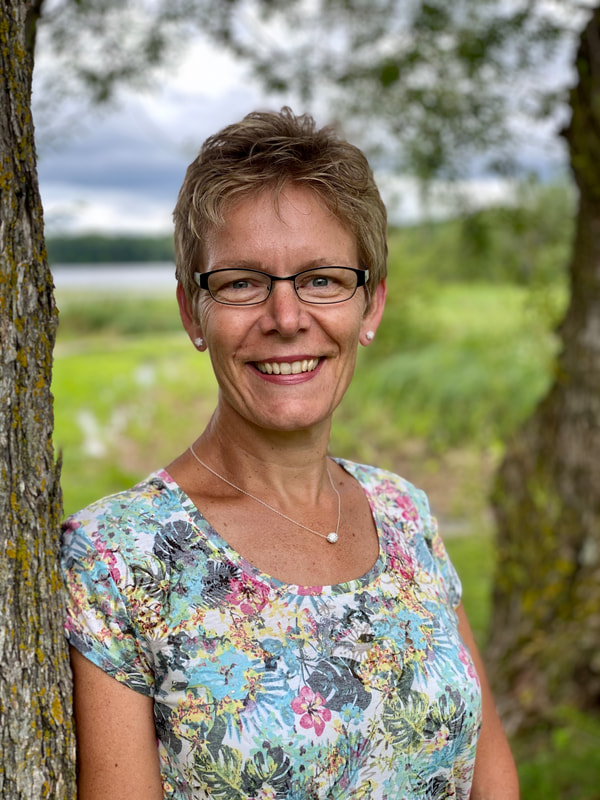 jolanda@excellingleaders.org
Jolanda has been a missionary with Youth With A Mission serving in the Netherlands as well Bosnia and now with YWAM in Colorado Springs with her husband Rodney and their 2 daughters. She has a very outgoing personality and loves people.
Fun Facts
Coffee!!: Coming from a Dutch coffee culture, I love to drink my coffee strong and with good company. That could be YOU one day!
Family: Our family speaks “Dinglish”: We are raising our kids bilingual, Dutch and English. The funniest conversations happen, when we just throw in the language that comes first to our mind.
Full Bio
Jolanda is Dutch and from the beautiful province Zeeland in the Netherlands. In ’96 she met her husband Rodney (from AZ) in Youth With A Mission (YWAM) and in June ’97 they got married. They have 2 daughters, Lisa and Sarah. Since their marriage they served with YWAM in the Netherlands, 4 years in Bosnia and Herzegovina (Church planting and Humanitarian Aid) and traveled a lot teaching with YWAM in Europe. After her Bosnia experiences Jolanda knew she wanted to work in Missionary Care. At YWAM Heidebeek in the Netherlands she worked till 2013 in Staff Care and Development, Pastoral Care and Member Care. Since 2013 Jolanda and her family live and work with YWAM in Colorado Springs, CO. She’s involved with Member Care for North America and loves to help missionaries understand cross-cultural living and working. It’s a privilege to support missionaries not just to survive, but to thrive!
Newsletter
View Jolanda's August 2020 newsletter HERE, and Feb 2020 newsletter HERE. 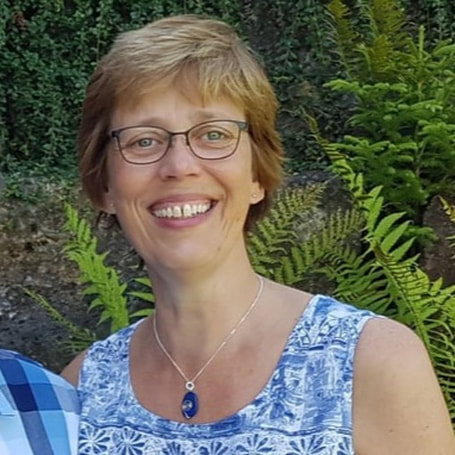 CarlaV@excellingleaders.org
Carla has been a missionary for over 20 years with Youth With A Mission serving in the Netherlands as well as in the United States. She has worked with kids in schools, churches and summer camps in the Netherlands as well as overseas. She is married to Ton and together they live in the Netherlands.
Fun Facts
Dutch girl: If you walk through the Schiphol airport in Amsterdam you will for sure pass signs saying on average the Dutch people are the tallest people in the world. Being born and raise in the Netherlands I am no exception.
Green Thumb: In the Netherland my friends say I have “green fingers,” which means I loves to grow plants. Because of not having an outside garden I love to grow house plants.
Full Bio
Carla loves to see the next generation flourish and thrive in countries other than their passport country.
For many years she has been part of the member care team at the different YWAM campuses where she has served. Carla has been trained by LeRucher in debriefing and having lived herself for an extended time abroad makes her keenly aware of the challenges of living outside your passport country. She has a special gift to work with Third Culture Kids (TCK’s) and specializes in debriefing children as young as 4 years old as well as teenagers.
Newsletter
View the Vegts newsletter HERE. 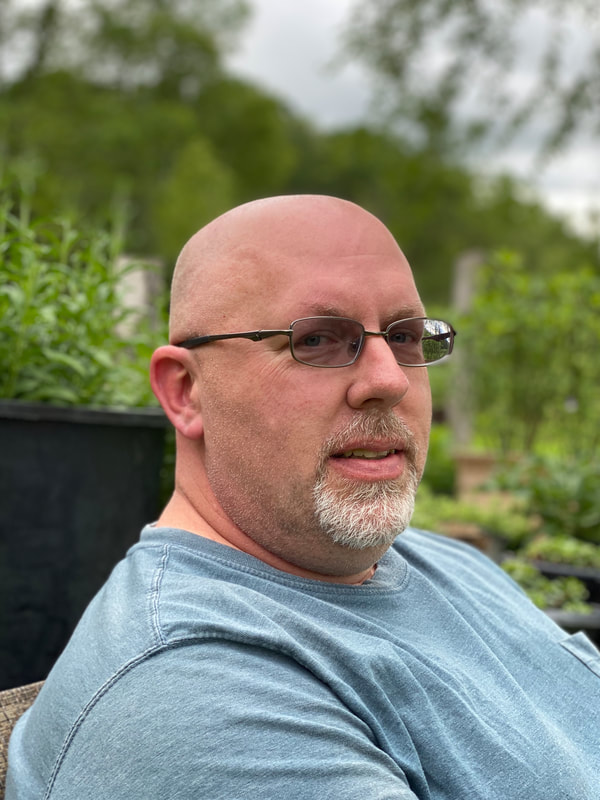 dan@excellingleaders.org
Dan and his wife Robin and their three boys served with YWAM Chico for nearly 10 years. Through the years he has served in a number of different roles including maintenance, grounds, a bit of housekeeping, cooking and starting an agriculture department. He looks forward to using the skills and talents he acquired during that time to create a place of rest and comfort for missionaries seeking refreshing and guidance.
Fun Facts
Cooking: I have discovered a love for cooking. I love sharing this talent that God has given me with people around me. My family likes it too.
Sports: I like to watch American football. It usually doesn’t matter who is playing as long as it is a close game. I’m a Detroit Lions fan even after years and years and years…. oh so many years of disappointment.
Full Bio
​Dan was born in west Michigan. After serving as a truck driver in the Persian Gulf War, he received an Associate's Degree in Computer Aided Drafting. He then worked in several manufacturing jobs from Die Design to designing transportation seating. He started feeling the call for his family to go into missions and was promptly laid off from his job, God's kick in the pants. The family did a Crossroads Discipleship Training School with YWAM in Chico, California. About 8 months after completing that the whole family moved to California and joined the staff of YWAM Chico for the next 9 years. They have since moved back to West Michigan to help with aging parents and to serve with Excelling Leaders.
Newsletters 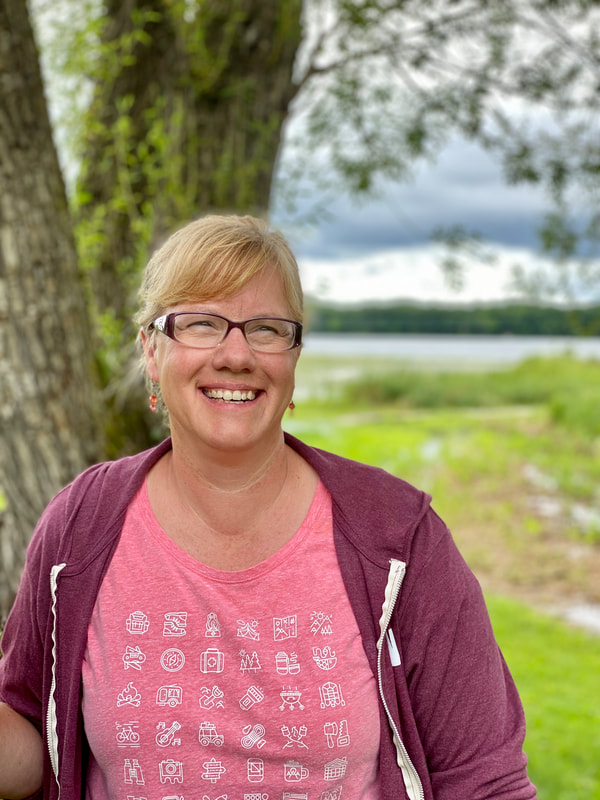 robin@excellingleaders.org
​Robin has loved serving with YWAM Chico in northern California for 9 years and learned many of the behind-the-scenes jobs that keep a big base running.  She’s seen first hand how easily people in ministry can burn out so her heart is to help prepare a place of beauty and peace where tired missionaries can come away and find rest in the Father’s arms.
​
Fun Facts
Nature: I’m a farm girl so I LOVE to be outside and have found that God teaches me deep, spiritual lessons through some of the silliest things I see in nature. Ask me about lady bugs!
Family: We have 3 hilarious, teenage boys and when they are all together with my husband the puns start flying and we all end up laughing. They also eat a lot!
Full Bio
Robin grew up on a dairy farm in west Michigan and loved driving John Deere tractors and milking cows. After graduating from Trinity Christian College in Illinois with a Bachelor of Science degree in Medical Technology she spent 16 years working in the lab at Saint Mary's Hospital in Grand Rapids, MI.  In 2009 Dan and Robin took their 3 young boys, ages 4-9, to do a CDTS in Chico, CA then moved to Chico in 2010. As a family, they went on CDTS outreaches to Fiji and Guatemala, built an agriculture center in India and served multiple times in Mexico. During her 9 years on staff, Robin served in grounds, housekeeping, hospitality, kitchen, CDTS staff, and pioneering an agriculture department. Kevin and Sue mentored Dan and Robin during their years in Chico so partnering together made perfect sense when the Oosterhouse family returned to west Michigan in 2019. Robin likes to plug-in wherever needed whether it's preparing for a retreat, doing administrative projects or learning how to build a website.
Newsletters 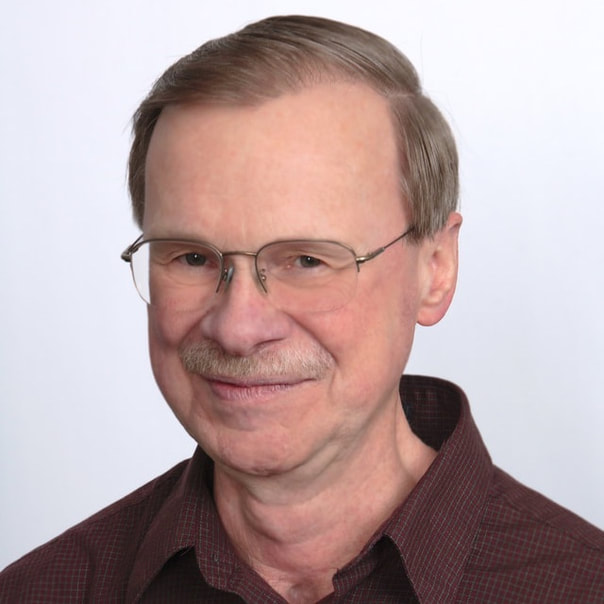 gene@excellingleaders.org
Gene has degrees in both accounting and business management and brings many skills in the area of fund development and grant writing to his work with Excelling Leaders. We are excited to have him on our team!
Fun Facts
My Passion: “You can find God best in your garden” ~ I love gardening and sharing what I grow with others. I feel as if this is part of my mission field.
Where God shows Himself to me: I enjoy finding God wherever I travel. Seeing Him in Nature wherever I go as well as sharing those travel experiences with my family.
Full Bio
Eugene Baar grew up in southern Minnesota. After serving six years in the US Navy as a Sonar Tech 1st Class, Eugene obtained an Accounting and Business Management degree from Rider University (Lawrenceville, NJ), and later a Social Work degree from Calvin College (Grand Rapids, MI). He has worked as an Office Manager for a farm supply cooperative, Case Manager and Housing Program Assistant in a multi-faceted housing and homeless program agency, and as the Warehouse/Store Manager for an agency providing building materials and basic homeowner training and assistance to low income households. Eugene comes with many skills in the area of fund development and grant writing. We are excited to have Gene join us. Eugene and his wife Cindy currently live in Cutlerville, MI. 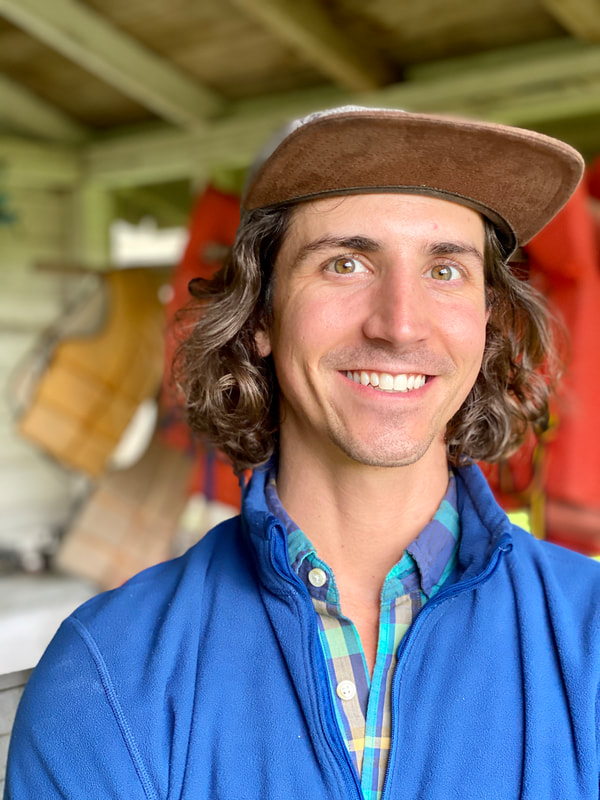 lindsay@excellingleaders.org
Fifth of eight kids, Abe knows a lot about family! He grew up in NE Ohio, but has traveled the world. He brings his love of nature, fitness and family everywhere he goes.
Fun Facts
Papa's Girls: Our daughters names are Sylvia and Goldwyn, we did not get the silver and gold reference until after we named them!
Alaska: Before he was married, Abe lived and worked in Alaska on a commercial fishing boat catching cod and the occasional octopus!
Full Bio
Abram served with YWAM for 5 years. He grew up in NE Ohio and moved with Lindsay to China in 2016 to begin their walk across China. From 2016-2017 they walked the 3,500 mi length of China from the southernmost point to the northernmost point (basically Russia!). Since completing their 240 day project, they have had a heart to care for and visit missionaries on the field. Abram is passionate about his girls, stewardship and fitness. ​​
Newsletter
View their newsletter about crossing the finish line on their walk across china​ HERE. 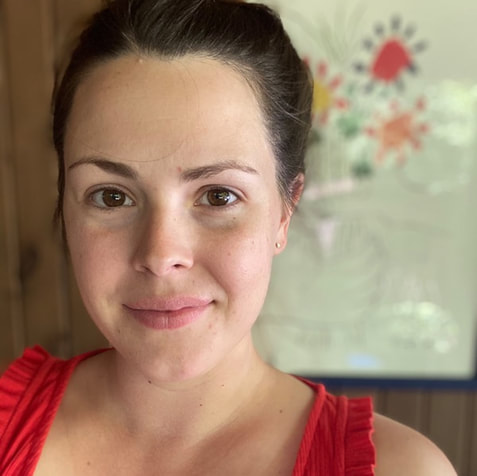 lindsay@excellingleaders.org
Always working on a creative project, Lindsay delights in details and organization. With lots of admin and design experiences (in and out of missions), she offers a unique perspective with a creative twist!
Fun Facts
Language: Lindsay moved to China at 22 to learn mandarin, she can't write it, but she can speak!
Girl Mom: She is mom of two beauties, Sylvia (June 2018) and Goldwyn (December 2019).
Full Bio
Lindsay served with YWAM 8 years. She was born in the great state of Texas, but grew up mostly in NE Ohio. She moved to China in 2012, and again with Abram in 2016 to begin their walk across China. From 2016-2017 they walked the 3,500 mi length of China from the southernmost point to the northernmost point (basically Russia!). Since completing their 240 day project, they have had a heart to care for and visit missionaries on the field. Lindsay is passionate about her girls, having a creative outlet, thrifting and organization. ​​
Newsletter
View their newsletter about crossing the finish line on their walk across china​ HERE.

mona@excellingleaders.org
Mona has been a missionary with Youth With A Mission serving in the North Asia as well as the Caribbean and now North America with YWAM.
Fun Facts
Caribbean girl: Born in Jamaica I love jerk chicken and spicy food.
Family: I would tell my friends when I became engaged to JT that I was found my “Tarzan.” We come from different nations of birth but God has blended us with a great marriage and an awesome daughter.
Newsletters
Click to enlarge.